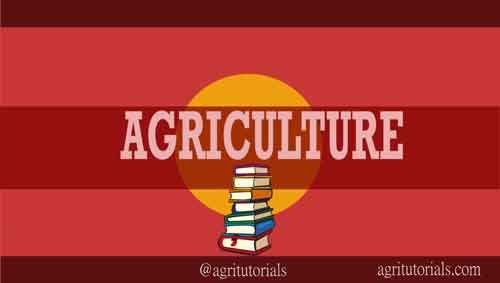 Origin of Wheat: The archaeological record suggests that Wheat (a grass widely cultivated for its seed, a cereal grain) was first cultivated in the regions of the Fertile Crescent around 9600 BCE. Botanically, the wheat kernel is a type of fruit called a caryopsis.

Wheat Is a staple food i.e. the dominant part of a population’s diet, eaten regularly—even daily—and supply a major proportion of a person’s energy and nutritional needs.

Botanical Name of Wheat: The many species of wheat together make up the genus Triticum; the most widely grown is common wheat (T. aestivum).

Largest Producer of Wheat In The World

Here are the 10 countries with the most wheat production based on 2017 data:

Largest Producer of Wheat In India

India Facts and Figures :
APEDA states that World trade in wheat is greater than for all other crops combined. Demand of India’s wheat in the world shows a rising trend. Our country India has exported to Bangladesh Pr, Nepal, U Arab Emts, Sri Lanka Dsr, Yemen Republic and other countries as major export destinations … 20,88,487.66 MT of wheat to the world for the worth of Rs. 4,037.60 crores/549.70 USD Millions during the year of 2020-21.

By this technique, the field is prepared by traditional method and bed is prepared for planting. In this method, a special machine called bed planter is used to make furrows and sowing. The furrows are also used for water drainage. On a bed, the wheat is planted in 2 or 3 rows. The farmer can save seed, fertilizer and water and take good yield in this method. The wheat crop can be sown as mixed crop with sugarcane crop. The soil for sowing should be in the form of fine tilth and there should be sufficient moisture for good germination. The characteristics features and benefits of this method are as follows:

Crop of moong, maize, soyabean, arhar and cotton can be grown immediately after wheat. This method results 15-20% more yield of pulses and oilseeds.

It is better to use fertilizer on the basis of soil testing report. To get good yield of dwarf variety of wheat after the crop of maize, paddy, jowar, bajra in Kharif, use at the rate of 120:60:40 kg per hectare and in case of late sowing, 80: 40:30 nitrogen, phosphorous and potash respectively.

In Bundelkhand region, use of nitrogen, phosphorous and potash at the rate of in120: 60:40 kg per hectare respectively and 30 kg sulphur per hectare has been found beneficial in normal condition. In the areas where DAP is being continuously used, use of 30 kg sulphur would be beneficial. If the field was left vacant in Kharif or pulses were grown, use 20 kg less nitrogen per hectare. Use 60 quintal farm yard manure for good yield. It helps in maintaining soil fertility.

In continuous crop cycle of paddy-wheat area, the yield of wheat starts declining. Hence, use green manure between harvesting of wheat crop and planting of paddy or use 10-12 ton per hectare farm yard manure in paddy crop. Now a day, deficiency of zinc is often seen. The symptom of deficiency of zinc appears in the plant between 20-30 days of sowing which are as follows:

B. Time and Method

Use fertilizer in following manner in different types of soil to increase the fertilizer capacity:

Loam or Matyar, Kawar and Mar

A. In case of Assured Irrigation

Normal Condition: Irrigation should be done in light soil in following stages to get optimum yield from dwarf variety of wheat. Deficiency of water at these stages adversely affects the yield heavily but give light irrigation.

In loam or heavy loam soil, 4 times irrigation can result good yield but the irrigation should be 8 cm deep.

B. In case of limited irrigation resources

C. In case of irrigation and late sowing

Wheat is sown after aghani paddy, toria, potato, ratoon of sugarcane and early ripening variety of arhar but yield in this area can also be increased to some extent by following techniques of agriculture research:

Cultivation of wheat in non irrigated and rain fed condition

In the state, approximately 10% area of wheat is non-irrigated where yield is very low. The yield of this area reduces the average yield of the state. Experiment reveals that cultivation of rye, barley and gram is more beneficial than wheat in rain fed conditions. In such conditions, sow wheat in October when there is sufficient moisture. But if there is sufficient rain in the month of October-November, wheat can be sown by adopting following technique:

Preparation of field and conservation of moisture

Prepare the field by conserving the water as much as possible of last monsoon rain. In non irrigated area, not much plough is required otherwise there is possibility of loss of moisture. In such area, plough in evening followed by leveling next day can conserve the moisture.

Sow at the time of sufficient moisture, the recommended variety between second fortnight of October to first fortnight of November.

Seed Rate and distance between rows

Use seed at the rate of 100 kg per hectare and sow the seed in furrows at a distance of 23 cm in such a way the soil above the seed is not more than 4-5 cm.

Quantity of fertilizer and method of its use

Use 40 kg nitrogen, 30 kg phosphate and 30 kg potash per hectare in rain fed wheat farming. The whole quantity of fertilizer should be poured in the furrows 2-3 cm below the seeds through sprinkler or ferti –drill. If it rains, use of 15-20 kg nitrogen will be beneficial. If it does not rain, make foliar spray of 2% urea.

Important Point: Store the grains in metallic bins, mud bins or room which ever is available. Though metallic bins are best for storage. Clean the bins before storage and spray 50% solution of malathion (1:100) at the rate of 3 liter per100 square meter.

1. For control of gehusa and wild oat, recommended quantity of any one of the following weed herbicides chemicals dissolved in 500-600 liter water per hectare should be sprayed after 20-25 days of sowing by flat fan nozzle. For sulfuran, quantity of water should not exceed 300 liter.

3. For control of thin and wide leaf both types of weeds, recommended quantity of any one of the following weed herbicides chemicals dissolved in 300 liter water per hectare should be sprayed by flat fan nozzle. For metributin, quantity of water should be 500-600 liter.

The rat damages the wheat crop. If the rats are watched and weekly control program of zinc phosphide 80% is carried out in group, it will result in success:

Place 10 gm fodder made of bromodiolon 0.005% in every open hole. The rats die after eating this medicine 3-4 times.

Important Point-According to climate and Variety

Improved methods of wheat cultivation by zero tillage in the state

In wheat-paddy crop cycle in the state, where the sowing of wheat is especially delayed, sowing of wheat by tillage has been found beneficial. In this method, the wheat is sown by a machine (Zero tillage machines) without preparation of field.

Benefits: Benefits of this method is as follows:

Attention must be paid to following facts at the time of sowing by Zero Tillage Method:

Note: Do not burn the crop stubbles after wheat harvesting.

What are the Wheat varieties in India?

APEDA states that World trade in wheat is greater than for all other crops combined. Demand of India’s wheat in the world shows a rising trend. Our country India has exported to Bangladesh Pr, Nepal, U Arab Emts, Sri Lanka Dsr, Yemen Republic and other countries as major export destinations … 20,88,487.66 MT of wheat to the world for the worth of Rs. 4,037.60 crores/549.70 USD Millions during the year of 2020-21

What is Wheat meaning in Hindi ?

The archaeological record suggests that Wheat (a grass widely cultivated for its seed, a cereal grain)
Wheat Meaning in Hindi: गेहूँ | गेहूँ का पौधा
1. a type of grain which can be made into flour – गेहूँ . Gahu, Gehun
2. the plant which produces this grain – गेहूँ का पौधा